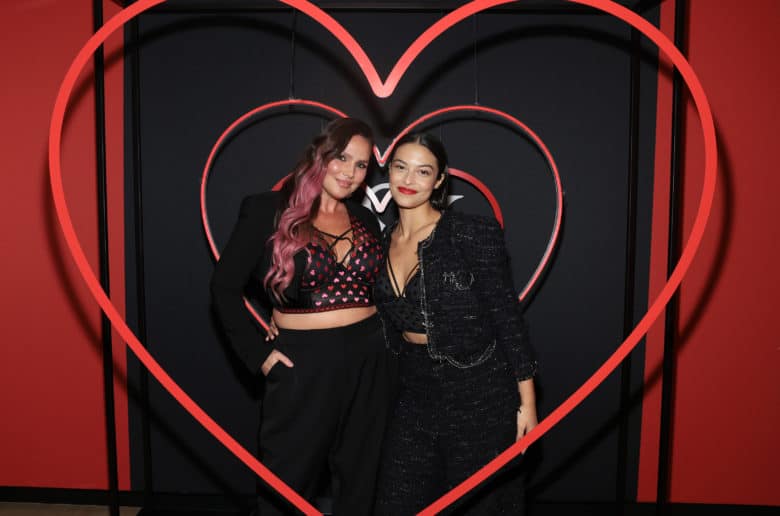 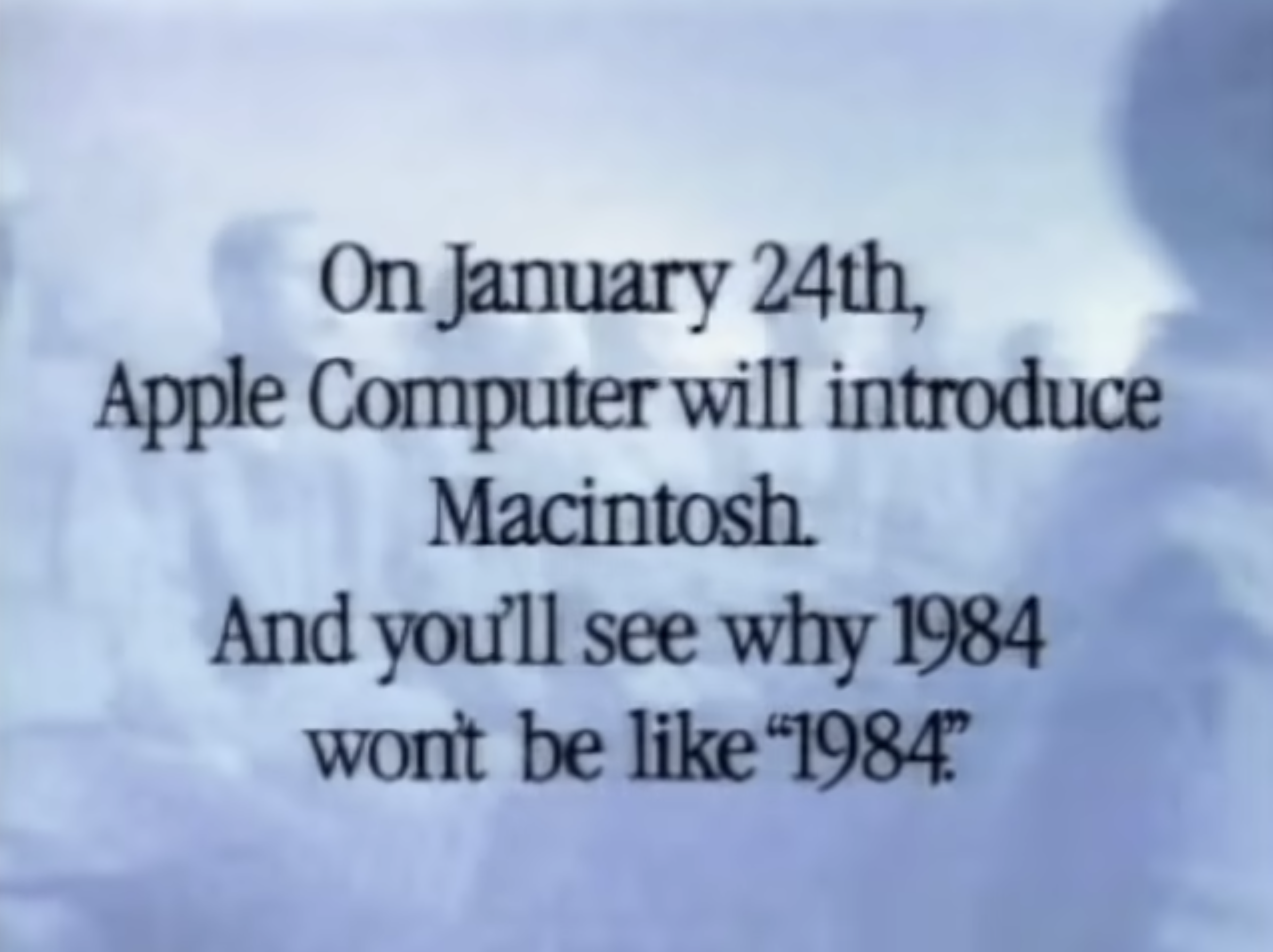 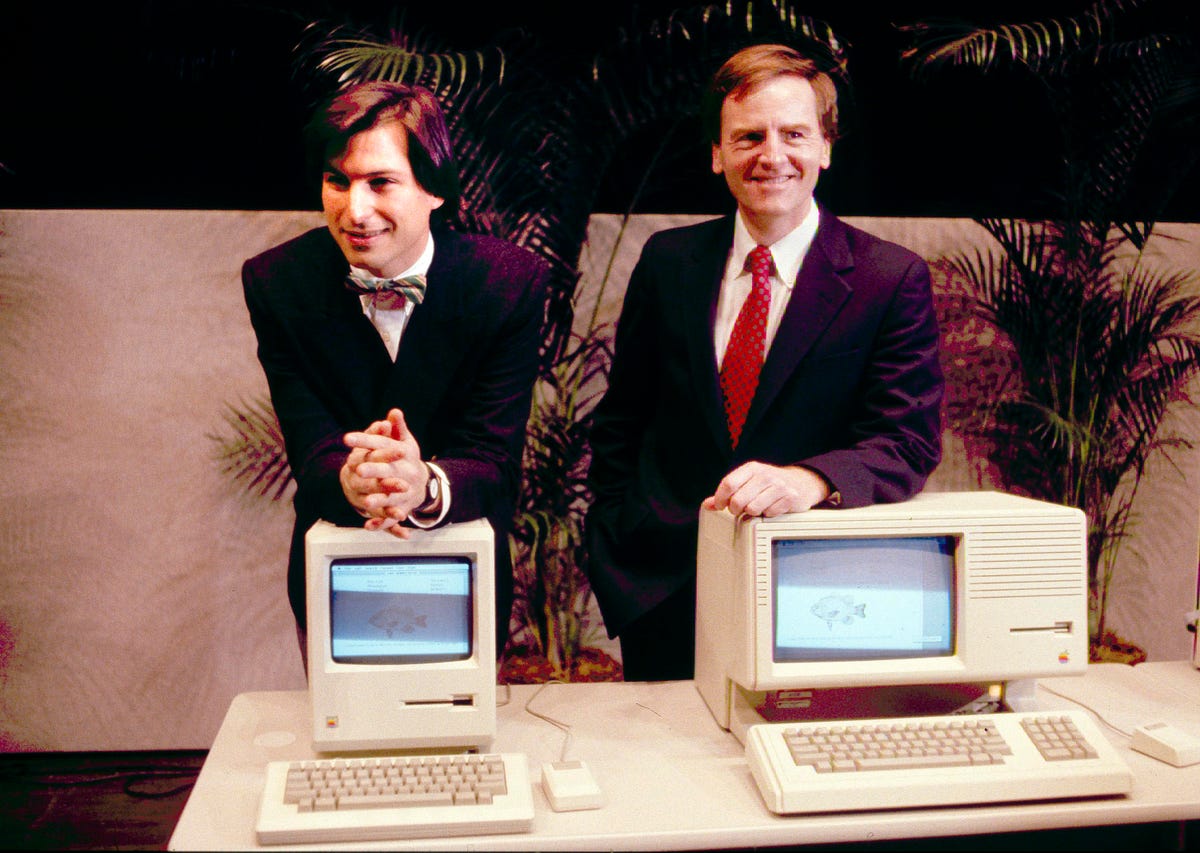 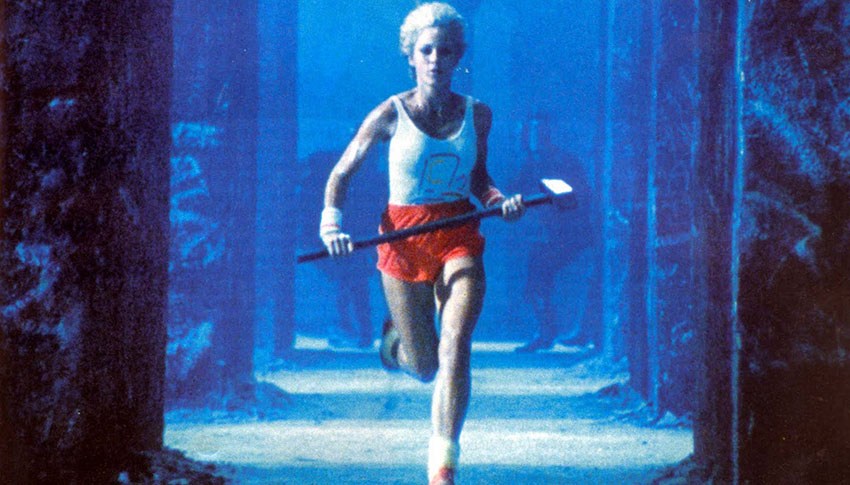 Almost 40 years ago, Apple Computer aired its now-iconic commercial introducing the Macintosh during Super Bowl XVIII. Although “1984” became a cultural phenomenon and a watershed moment for product launches, Apple’s Board of Directors was against it from the start.

On January 22, 1984, Apple became a household name when it aired the enormously popular “1984” ad during a break in the third half of Super Bowl XVIII. Directed by Ridley Scott (the same guy behind Alien and Blade Runner) and created by Apple’s former advertising agency (Chiat/Day), the 60-second ad was inspired by George Orwell’s novel 1984, which foreseen a dystopian future, controlled by a televised Big Brother-like figure (a veiled jab at IBM).

The ad begins with the echoing tones of an alarm and the marching of dozens of bald men dressed in gray clothing walking toward a big screen in an industrial hall. An ominous voice of a man speaking on a large screen is revealed as the marching men sit down in front of it.

Meanwhile, a woman wearing athletic clothing and a white tank top with a drawing of a Macintosh is being chased by four police officers in black riot gear, presumably Thought Police from Orwells 1984 novel. Wielding a giant sledgehammer, she races toward the men fixated on a speech by Big Brother.

Today, we celebrate the first glorious anniversary of the Information Purification Directives.

We have created, for the first time in all history, a garden of pure ideology—where each worker may bloom, secure from the pests purveying contradictory thoughts.

Our Unification of Thoughts is more powerful a weapon than any fleet or army on earth. We are one people, with one will, one resolve, one cause.

Our enemies shall talk themselves to death, and we will bury them with their own confusion.

Just before being caught by police, she slings the sledgehammer at Big Brother’s screen after he declares, “We shall prevail!” Then boomed! The destruction of Big Brother frees the minds of the men watching as light returns to their faces.

With 8 seconds left in the 60-minute ad, a narrator concludes by mentioning “Macintosh” accompanied by scrolling black text that reads:

The screen then fades to black, and a rainbow Apple logo appears.

When Steve Jobs first saw the ad in an internal meeting with Chiat/Day, his first reaction was, “Oh s–t. This is amazing,” then-Apple CEO John Sculley told Business Insider. Steve Wozniak shared the same opinion, calling it “better than any science fiction trailer.” Apple’s Board of Directors, however, had very different thoughts.

After seeing it for the first time, board member Mike Markkula suggested finding a new marketing agency and firing Chiat/Day. According to Sculley, other members of the board had similar thoughts. “The others just looked at each other, dazed expressions on their faces … Most of them felt it was the worst commercial they had ever seen. Not a single outside board member liked it.”

After getting “cold feet,” Sculley instructed ChiatDay principal Jay Chiat to sell off the Super Bowl airtime they had purchased, but Chiat quietly disobeyed. At the time, they had two slots – a 60-second ad to play during the third quarter and a 30-second shorter version for later during the game. Chiat sold only the 30-second but told Sculley it was too late to sell the more extended 60-second spot when, in fact, they did not even try.

When Jobs told Woz the ad was in trouble, he immediately offered to pay $400,000 out of pocket — half of what the airtime cost for the ad would have been. Saying, “Well, I’ll pay half if you will.”

This turned out to be unnecessary. The executive team finally decided to run a 100-day Macintosh advertising blitz. Since they had already paid to produce ‘1984’ and were stuck with the airtime, the Super Bowl ad went ahead to kick off the campaign.

By disobeying Sculley’s instructions, Chiat helped play a significant role in Macintosh’s success and cementing the company’s place in history. Apple continued to use Chiat/Day for TV advertising until 2014.

Check out 9to5Mac on YouTube for more Apple news:

The post Apple’s iconic ‘1984’ Super Bowl ad aired on this day 39 years ago first appeared on iPhoneFirmware.com: all the latest from Apple and the Web. The Supreme Court is weighing a theory that could upend elections. Here’s how

How to customize touch controls on Pixel Buds Pro