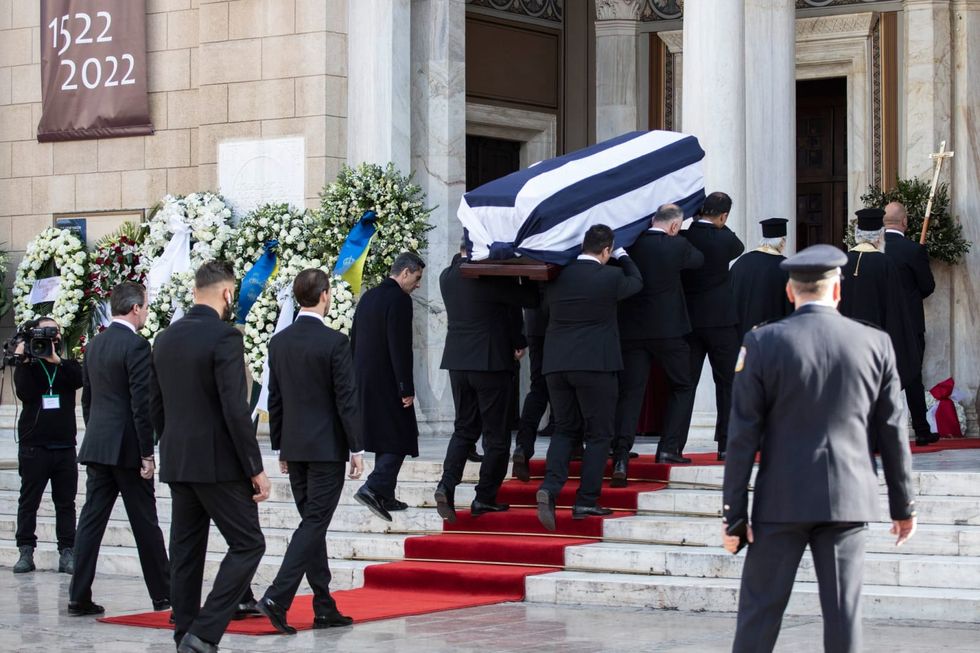 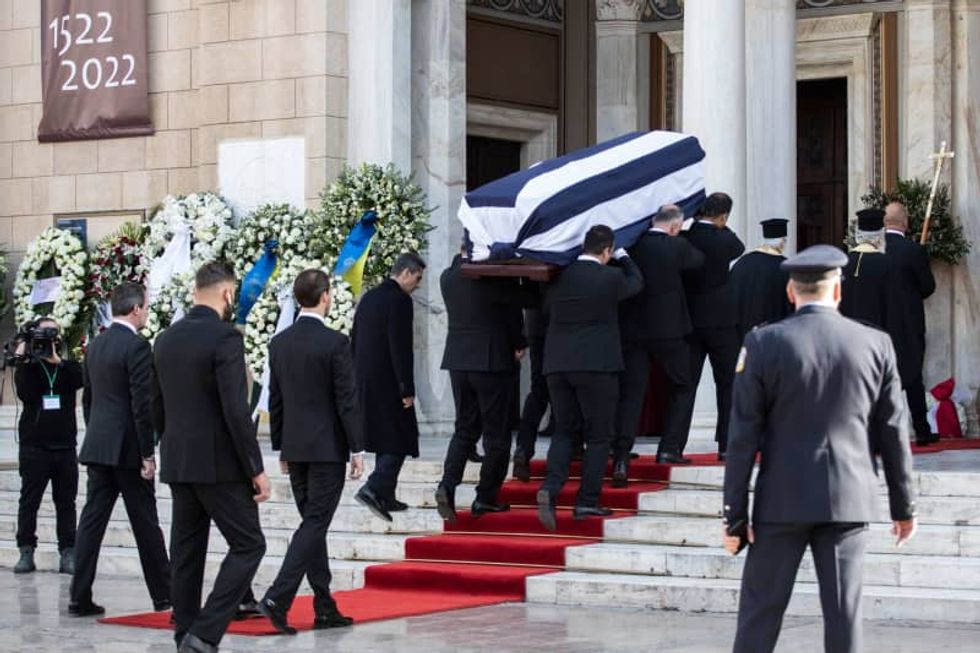 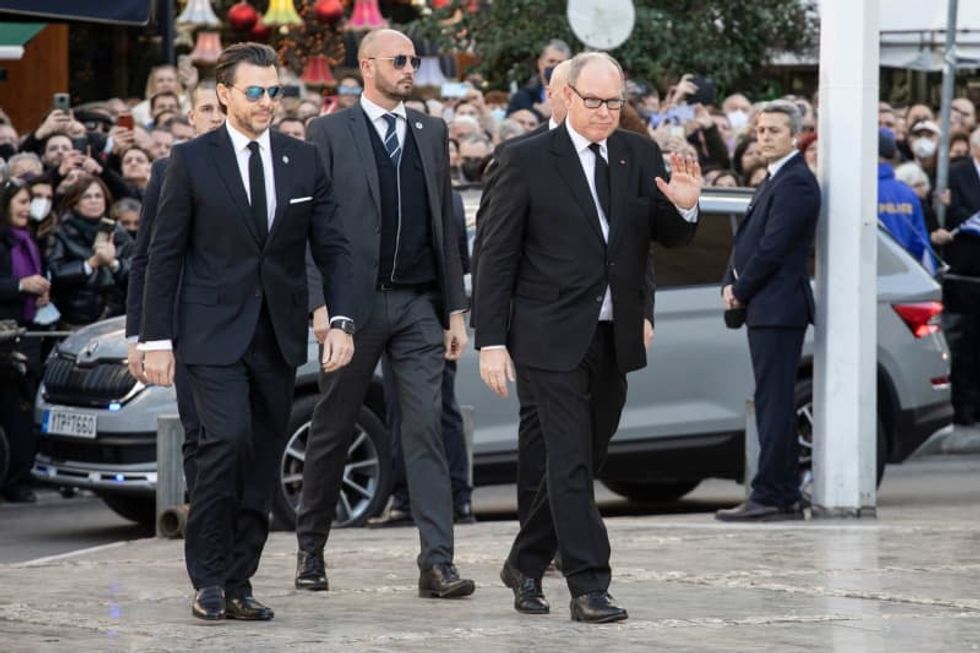 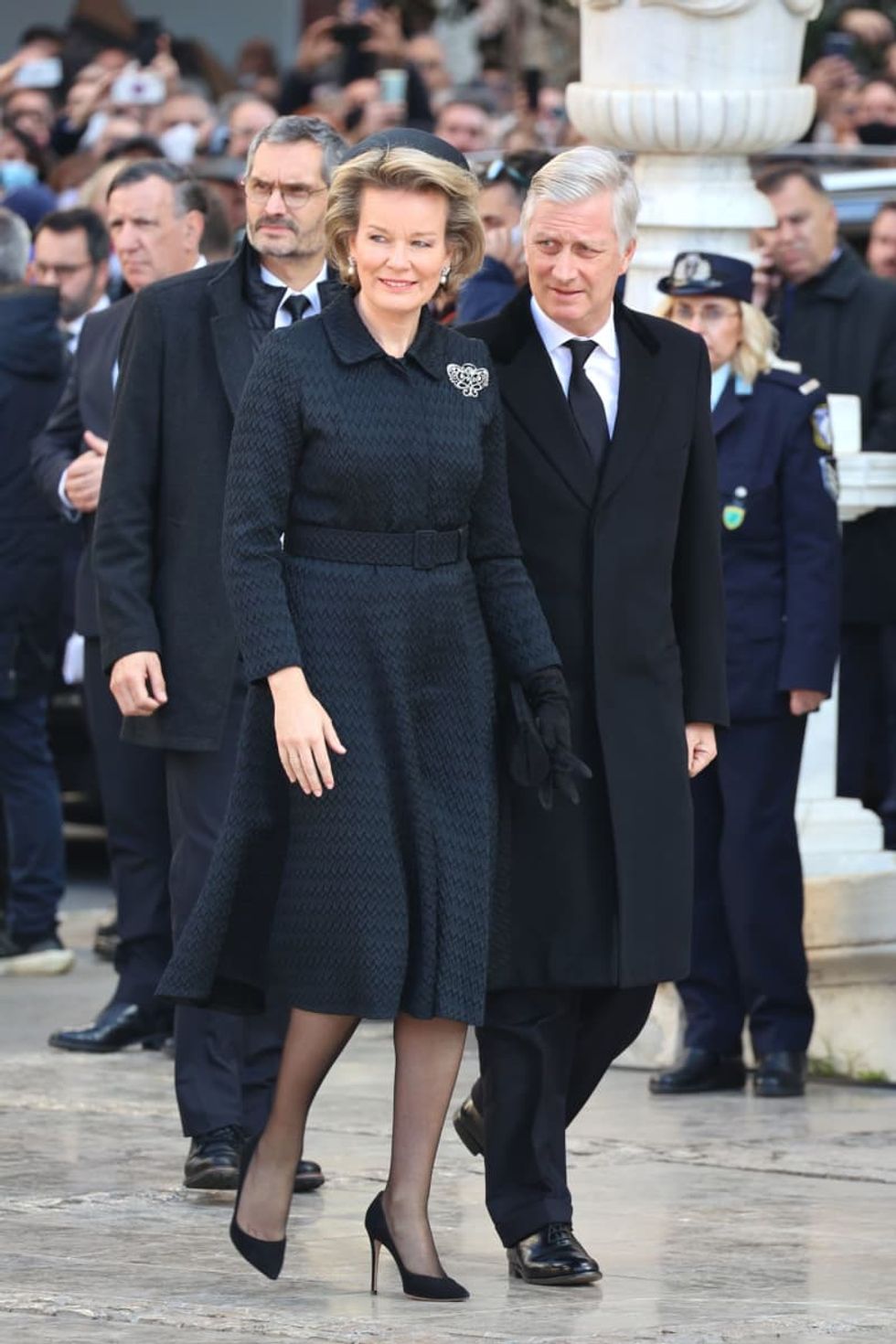 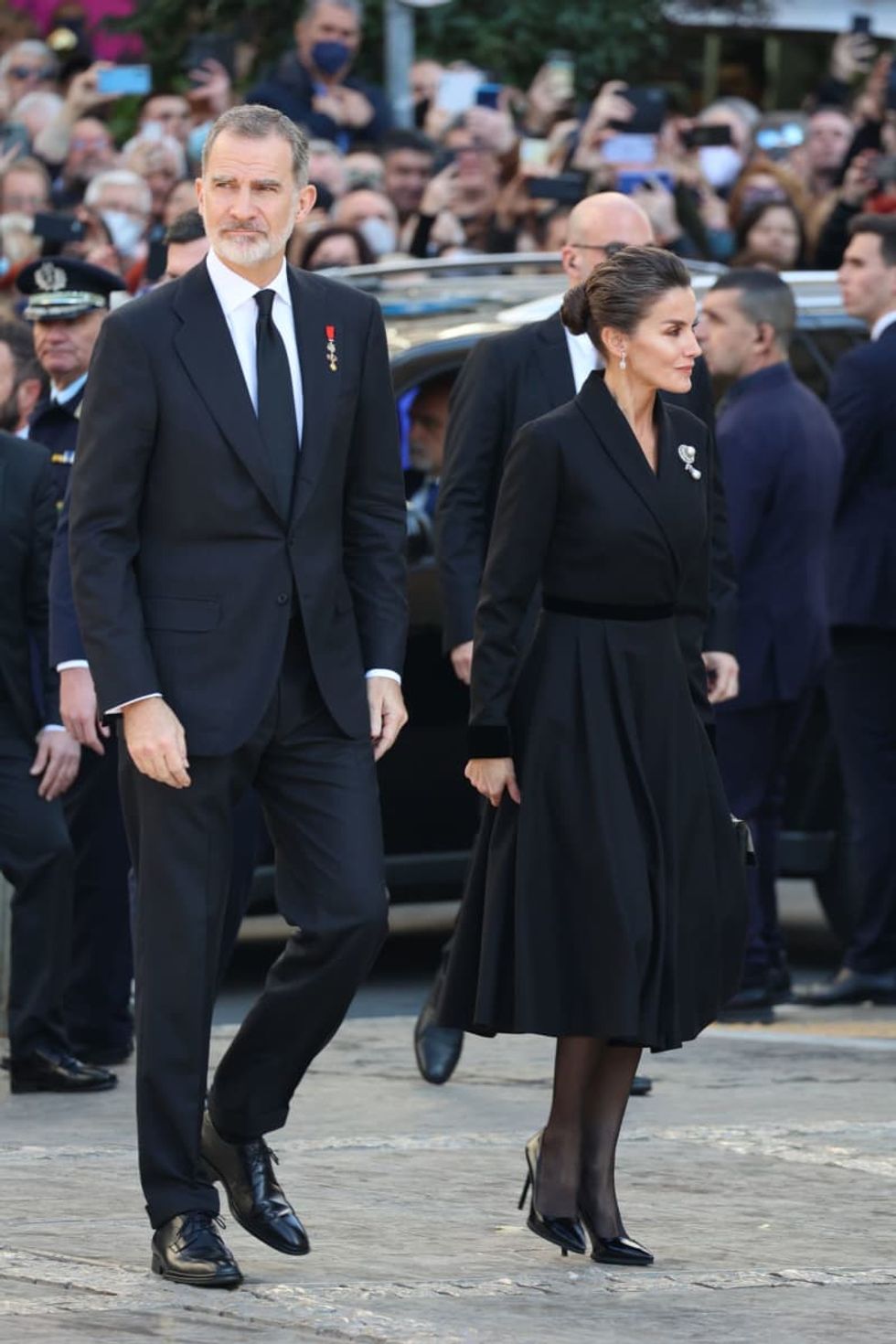 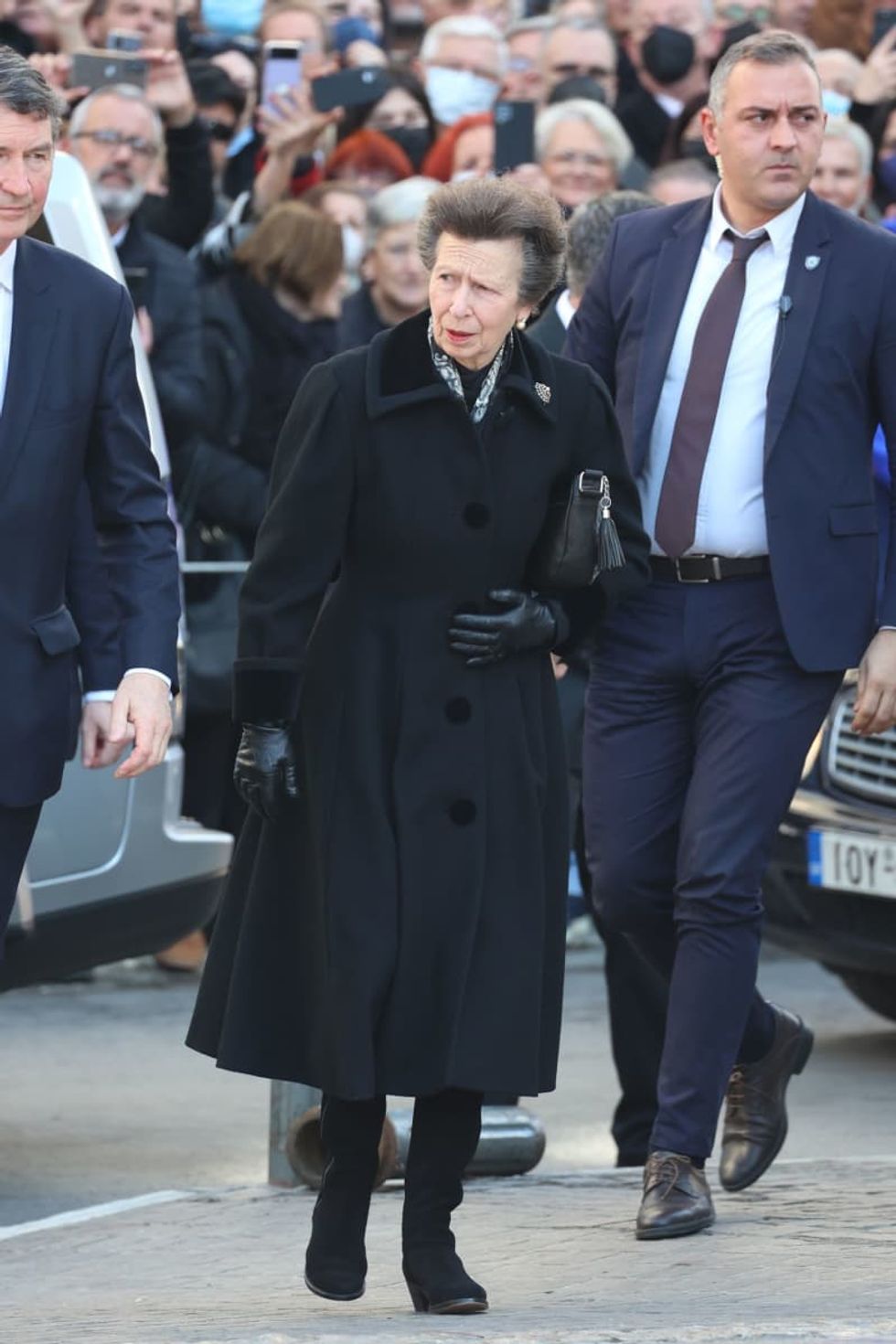 Thousands of Greeks and almost all the royal houses of Europe and other members of the nobilty said farewell to Greece’s deceased former king Constantine II in Athens on Monday.

Thousands of people gathered around the Orthodox cathedral in the centre of Athens to pay their last respects to the former king.

As the coffin was carried out of the cathedral after the funeral service, many people sang the Greek national anthem, as was broadcast on television.

The conservative government led by Prime Minister Kyriakos Mitsotakis decided that, since the monarchy in Greece was abolished by referendum in 1974, Constantine II would be buried as a private citizen,

The flags were not flown at half-mast and there were no military honours as is customary at funerals of former heads of state in Greece.

Members of the nobilty from 11 countries attended the funeral service. The royal couples of Denmark, Spain, Belgium, Sweden and the Netherlands were sighted. Britain was represented by King Charles III’ sister, Princess Anne.

Numerous heirs to the throne as well as other nobles from Luxembourg, Monaco and members of former royal houses of Europe such as Serbia, Romania and Bulgaria also attended the funeral service, state radio reported.

Spanish royal mother Sofia and Spain’s ex-king Juan Carlos also met at the funeral service. The two have become estranged after numerous financial scandals and extramarital affairs by Juan Carlos, who now lives in exile. As Greek television showed, the two barely exchanged a word on Monday and hardly looked at each other at all. They were last photographed together in mid-September 2022 at the funeral service of Britain’s queen Elizabeth II.

Sofia is the sister of Constantine II, who married Juan Carlos in 1962.

For the conservative government in Athens, the funeral service and the burial were a political balancing act. Since parliamentary elections have to be held in Greece by July at the latest, Mitsotakis did not want to anger voters from the political centre, who do not want to know anything about the royal family. That is why Constantine II was buried as a private citizen.

At the same time, however, Mitsotakis allowed the funeral service to take place in Athens Cathedral, where all funerals of politically important personalities from the country take place. This satisfied at least some of the few remaining royalists in Greece.

The final burial was to take place at the summer palace of the former royal family in northern Athens. The graves of almost all of Constantine II’s ancestors are located there.

Constantine II was the last king of Greece. When he ascended the throne in 1964 at the age of 23, he was one of the youngest monarchs in Europe.

The then inexperienced young man quickly became embroiled in disputes with the political leadership and made a politically fatal mistake when a military group staged a coup in Greece on April 21, 1967: he allowed himself to be photographed with the putschists and approved the formation of a military government by signature.

Many Greeks have never forgiven him for this. After the restoration of democracy, the monarchy in Greece was abolished in December 1974.

Constantine II died on January 10 at the age of 82. The former monarch’s health had deteriorated abruptly after a stroke.

Self Defence project for 10,000 girls launched in UP