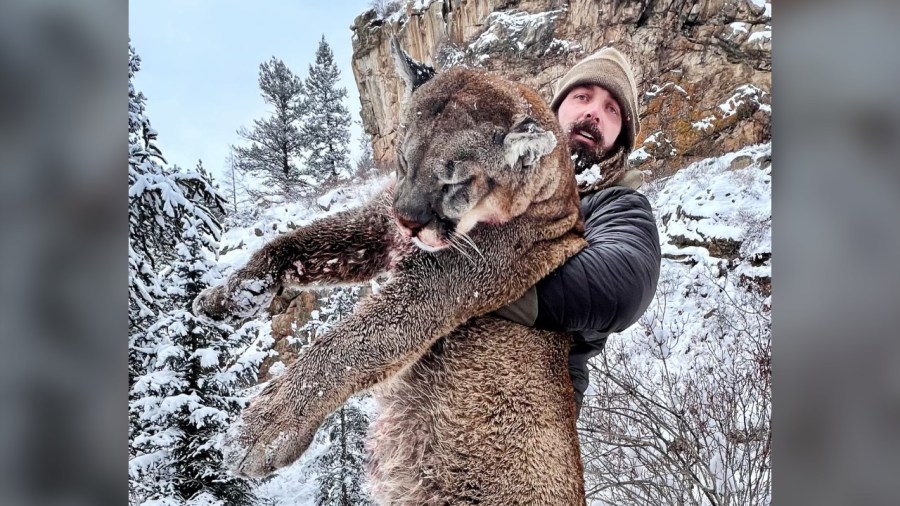 DENVER (KDVR) — A former Denver Broncos player is getting a lot of attention on social media after he killed a huge mountain lion — and posted a picture to prove it.

Derek Wolfe, the former Broncos defensive lineman who was part of the Super Bowl 50 team, posted the photo on Thursday afternoon.

The photo shows Wolfe, who stands 6 feet 5 inches tall, holding up the massive cougar that looks just about his size.

Wolfe said the hunt for the mountain lion started on Tuesday. A hunting guide he knew had been told the lion was attacking family dogs and hiding under a deck in Grant, a small town in Park County.

So the guide and Wolfe set out and tracked the cat up and down a mountain. Then Wolfe said he shot the male cat with a bow.

Then, he had to carry the huge animal back to his truck.

It is legal to hunt mountain lions in Colorado. There are also a lot of rules that go with it.

FOX31 checked with Colorado Parks and Wildlife and was told that Wolfe followed all of them. A Beginner’s Guide to NLP: The Best Books to Get Started