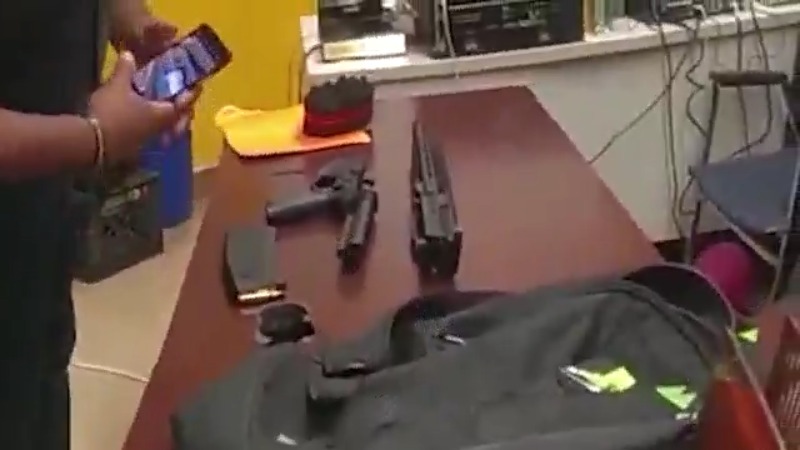 CLEVELAND (WJW) — Video released to the FOX 8 I-Team has helped reveal the story behind a student caught with a semi-automatic rifle in a local school.

The bust happened last October, but Cleveland police video has now been released.

We now know how that gun ended up inside that school.

Records show the teen walked right into East Tech High School with an AR-15, despite a checkpoint at the front door. Police body camera video shows police officers getting to the school wondering how a kid got past security with a gun.

“I don’t know how you get that in,” one officer said.

Another responded, “We were all saying that.”

And, still another said, “And, they have metal detectors.”

More video shows police walking into an office. They see an AR-15 semi-automatic rifle as well as a magazine with 30 rounds.

A Cleveland Metropolitan School District report shows the student had been found in the cafeteria with a gun. He had it taken apart, and he had it in his bookbag.

“He entered the building, It was in his bookbag, dismantled… ” a school security guard told police.

So, the I-Team took a closer look at how a student managed to get that gun into the building. In fact, just after it happened, a Cleveland schools employee raised concerns to us.

“Safety concerns are a big issue across the district,” the employee said. “And, they don’t consistently check every student coming into the building. I think every student should be checked.”

In fact, a report shows the student said he was “allowed by school administration” to go in through a back door of the school where there is no security checkpoint. Special education students get dropped off at that back door.

We shared that with Ken Trump. He heads a consulting firm, National School Safety and Security Services.

“When we see failures in security, that’s failures of people, policies, procedures, practices, training,” he said.

The school district report shows the student went into the cafeteria. There, a security guard tried to take him to the main checkpoint to be screened. Security then found the gun.

That report shows the principal confirmed the student did have permission to enter through the back.

However, a district spokesperson told us, the student did not have permission to come in the back door like some other students. And, now, no one can come in that way.

School and police reports show the student said he’d been to a gun range, and he simply forgot he still had the weapon.

But, since he’s 18, he now faces a weapons charge in adult court.

He got indicted, and he has pleaded not guilty. Another court hearing on the case is coming up soon.

This Clothing Line Tricks AI Cameras Without Covering Your Face