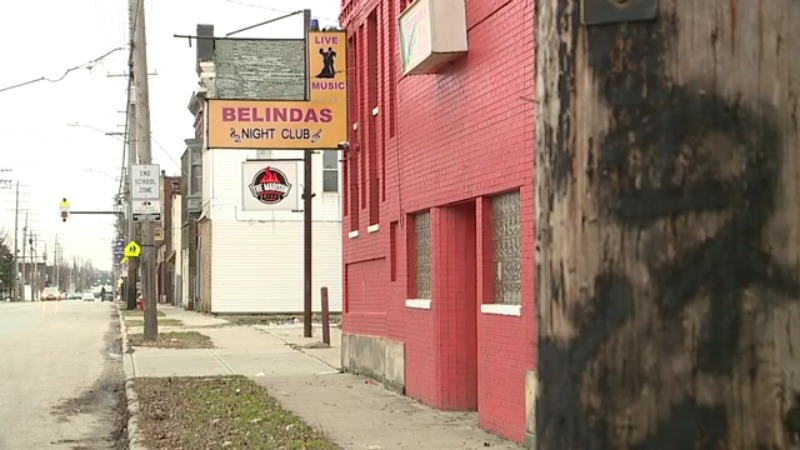 Cleveland police say at around 2:30 a.m. on Saturday in the 9700 block of Madison Avenue, officers arrived on the scene where two men were shot.

Preliminary investigation shows there was an altercation between the two men that began inside of Belinda’s Night Club but moved outside.

Police say the victim, a 28-year-old man, started running from the 34-year-old suspect as the suspect allegedly began chasing and shooting at the victim.

The Cleveland police sergeant was in a zone car outside of the club doing paperwork when he reports he saw the suspect shooting at the victim. The sergeant gave verbal commands to the suspect to drop the firearm and fired rounds striking the suspect, according to police.

Officers rendered aid to both individuals until EMS arrived. Both men were taken to MetroHealth Medical Center where they are being treated.

Members of the Force Investigation Team (FIT) responded to the scene for investigation.

Union officials say the sergeant involved was not injured. The officer will be placed on administrative leave according to Cleveland Police Protocol.

“This officer is a hero, plain and simple,” FOP Union President Jim O’Malley told the I-Team. “This incident, involving a brazen, armed attack occurred directly in front of a stopped marked police car with a uniformed officer inside. It reflects exactly how dangerous it is for our officers these days.”

Union officials were not yet releasing details since the investigation is still ongoing.

“I and the city should be grateful to have officers like this supervisor who don the uniform, take up their post and do their duty as trained to protect all of us, “ O’Malley said.

Stay with FOX 8 for more developments as the investigation continues.

Top 5 ai tools which are useful in your daily life