Oil prices moved in different directions today after the announcement of 2022 GDP data from China, eagerly awaited by the oil market. The data showed that China’s economy expanded by 3 percent, which, although undoubtedly a positive figure, was taken by some to be bad news because it was the weakest GDP figure in almost 50 years, according to Reuters. Brent crude was up soon after the release of the data, and West Texas Intermediate was down, both modestly, with more pronounced changes possible later in the day. The 2022 GDP growth figure…For Feedback and Comment, write to us on hello@newswire.ae 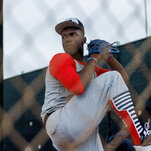