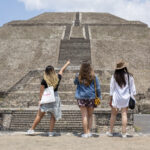 Never mind Dundee, we’ve got mail from Indianapolis. “I know this isn’t a new or original opinion,” says Joe Pearson, “but why don’t Everton and West Ham just switch managers and be done with it? I’m tired of reading about Lampard and Moyes waiting anxiously for the chop.” Ha. I wonder which club would get the better of that deal.

An email! From our Scottish correspondent, Simon McMahon. “Afternoon Tim, hope you’re well.” Not bad, thanks. “Scottish Cup 4th round up here today, and I’m at Tannadice to see two-time Cup winners Dundee United start this season’s quest for Scottish Cup glory against Stirling University. Like Andy Murray, United don’t do comfortable wins, so I’m expecting a tight, competitive affair against the Lowland league side. Celtic beat Morton 5-0 in the early kick-off, and other ties worth keeping an eye on include Arbroath v Motherwell, Hamilton v Ross County and the teatime kick-off in Perth where St. Johnstone host Rangers.” The Lowland league side! An early bid for elegant variation of the day. LeBron James On Shannon Sharpe’s Run-In With The Grizzlies: ‘I Always Got His Back And He’s Got Mine’

Ace Hotels Acquired by Sortis and Other Top Stories This Week